Home Disease Dangerous Autoimmune Diseases You Should Look Out For
Disease

Dangerous Autoimmune Diseases You Should Look Out For 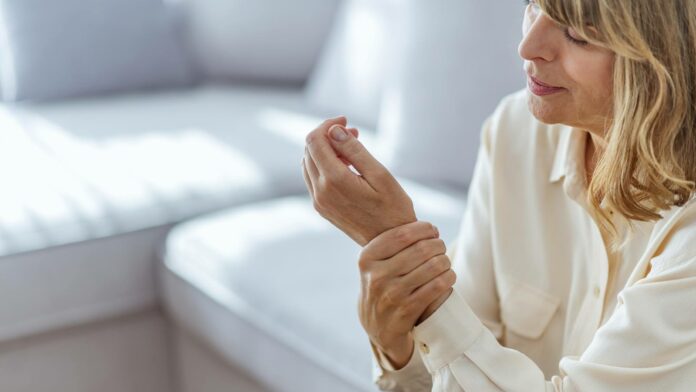 Multiple sclerosis (MS) is a condition that affects the central nervous system (brain, spinal cord, and optic nerve), causing severe, debilitating symptoms. In multiple sclerosis, the immune system cells attack the myelin sheath – a fatty substance that surrounds and protects the nerves of the brain and spinal cord, causing inflammation. As the immune cells damage the myelin in several areas, they leave multiple scars or lesions in the brain, spinal cord, cerebellum, optic nerves, and brain white matter.

The symptoms of MS depend on the individual and degree of severity of the lesions. They include:

There is no cure for MS, but drugs like teriflunomide, mavenclad, interferon beta, and glatiramer acetate can slow disease progression. Other drugs like corticosteroids can reduce symptoms associated with MS flare. Scientists also believe that advances in stem cell research will be able to reverse symptoms of MS and provide patients with better quality of life.

Hyperthyroidism from graves’ disease may be treated with antithyroid medications like methimazole and propylthiouracil. Treatment with radioactive iodine damages thyroid cells preventing thyroid hormone overproduction. Hyperthyroidism can be treated permanently by surgically removing the thyroid hormone (thyroidectomy). Individuals who have had their thyroid gland removed will have to regularly take medications like levothyroxine or synthetic extracts like thyroid-s to replace the hormone their body can no longer produce.

Pernicious anemia is a rare form of anemia caused by vitamin B12 deficiency. It occurs when an autoimmune dysfunction causes the stomach cells to be unable to produce intrinsic factor – a substance required for the absorption of dietary vitamin B12. The immune cells attack and destroy stomach parietal cells, which produce intrinsic factors. Pernicious anemia can permanently damage the nerves and organs if untreated and can be a risk factor for stomach cancer. It is also associated with other autoimmune diseases like type 1 diabetes, Addison’s disease, and Graves’ disease. The symptoms of pernicious anemia result from the decreased oxygen-carrying capacity of red blood cells, and they include:

Treatment of pernicious anemia consists of vitamin B12 shots, pills and dietary modifications. The doctor will typically monitor the patient’s vitamin B12 levels over time and adjust the treatment accordingly.

Giant cell myocarditis can be rapidly fatal, and treatments include,

Vasculitis is a condition that causes the inflammation of the blood vessels, the tubes carrying blood from the heart to the body organs and back. The condition occurs when the immune cells attack and destroy blood vessels. The reason for this attack is not known, but scientists think possible triggers could be infections, medications, or other autoimmune diseases like lupus and rheumatoid arthritis.

Symptoms of vasculitis range from mild to life-threatening, and they include:

Treatment of vasculitis is in stages and depends on the severity of the condition. It involves administering high-dose steroids and immunosuppressive drugs to reduce inflammation and the immune response.

Most autoimmune conditions are lifelong, and patients have to learn to live with them, though a few go away on their own. There is still a lot to learn about autoimmune diseases and how to treat them. However, people with autoimmune diseases can enjoy a good quality of life by learning about their condition, keeping to their treatment course, and adopting a healthier lifestyle.