Home Disease Why is Dementia usually found in the Ageing group?
Disease

Why is Dementia usually found in the Ageing group? 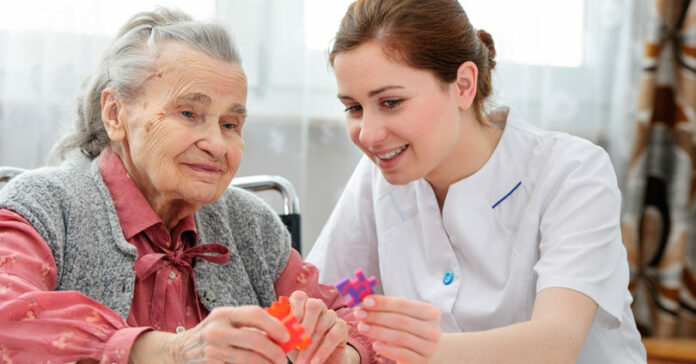 Mental Health is a topic that is seldom discussed in India. Most people shy away from talking openly about mental health and seeking treatment where it is due. Talking to a therapist, visCategoriesiting a psychiatrist, or a psychologist is considered to be taboo and limited to those who are mentally challenged.

The truth and facts are however far from these. Many conditions are classified as mental health issues that require acknowledgment and early identification. Disorders such as Obsessive-Compulsive Disorder, Schizophrenia, Addiction, Dementia, and many such can be easily diagnosed and managed when identified early on, giving the patients an upper hand.

Many of the disorders are still brushed aside by the public and categorized as age-related such as Dementia. Truth is, Dementia is age-related but not a side effect of age per se. It is a mental health issue that affects a select few individuals when they become old.

Dementia is a chronic illness and is progressive. This means that the disorder as such can only be managed and not cured. It is a lifelong challenge that the patient needs to face and the symptoms usually progress and worsen with time.

Dementia is mostly brushed aside by many thinking that it is an age-related issue but the truth is, not all aged people are affected by dementia. Dementia is mostly genetic and affects only a few people. It is much different from regular age-related symptoms such as forgetfulness and confusion.

The symptoms of dementia are more distinct and dire as they can completely render the patient helpless. With early diagnosis and care, dementia can be managed effectively, if not cured. Dementia is always linked with age and is therefore found in the aging group.

Dementia is characterized by a complete lack of mental stability in terms of confusion, delusion, loss of memory, and acute lack of mental function for their wellbeing. Patients may become extremely dependent on their caretakers and lose any ability to care for themselves.

Patients who show symptoms of dementia must be able to identify them as early on as possible. Early diagnosis can help the patient in managing the disorder in a better way and prepare them for a lifestyle that requires less dependence on caretakers.

Diagnosing the disorder includes a series of blood tests and a host of scans such as MRI and CT Scans. The doctor may also perform many qualitative tests which help in analyzing the neurophysiological functions of the patients to test cognitive abilities.

These physical and qualitative assessments help in building the right image of the patient’s current mental level and help the psychiatrist in giving the best of care and assistance. Patients who suffer from Dementia rarely need to be hospitalized but there are scenarios where patients need immediate medical attention.

The patients are cared for using various techniques as this is a chronic disorder and requires a host of treatment methods and can only be managed and not cured. Dementia Treatment and care include medication prescribed by the psychiatrist, counseling sessions, cognitive approaches for enhancing mental ability such as memory tests and puzzles, etc.

Some types of therapies are also proven to help relieve anxiety and stress in patients. Rehabilitation of patients with dementia is also provided in many mental health institutions.