​The Benefits and Potential Risks of Chaga Mushrooms 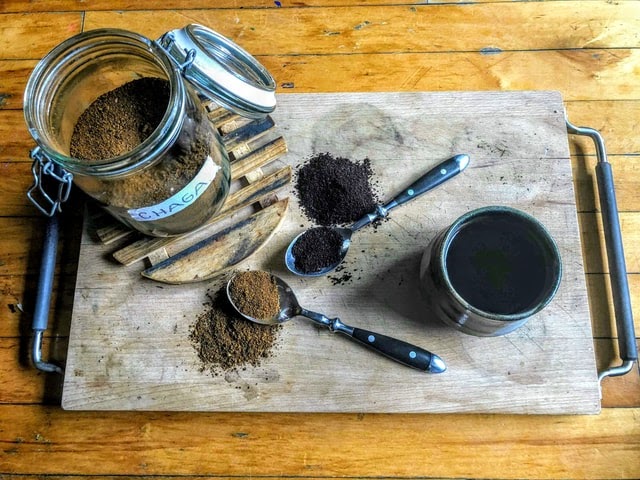 Sometimes referred to as the “cancer mushroom,” in Norway, many people are trying chaga mushrooms for their reported health benefits. The chaga mushroom grows on birch trees throughout the Northern Hemisphere, mostly in northern Europe, Asia, Canada, and the northeastern United States. It more closely resembles a cluster of mud than your ordinary mushroom does.

Some studies on chaga mushrooms (inonotus obliquus) have yielded promising results with a variety of health conditions. Let’s look at some of the supposed benefits.

Could Help Fight Signs of Aging

Chaga contains the highest amount of melanin of any living organism. Melanin is a potent antioxidant and has one of the highest oxygen radical absorbance capacity (ORAC) rates of any food source. Oxidative stress is responsible for the physical signs of aging, such as wrinkles, sagging skin, and gray hair.

Theoretically, supplying the body with more antioxidants could slow the aging process, or even the visible signs of aging. While there is no conclusive evidence pointing to the efficacy of chaga against aging, it’s efficiency in fighting other forms of oxidative stress makes it a promising option. Visit Wellness Nova for more tips on how to deal with aging in a healthy way.

Animal studies have shown that chaga can lower blood sugar levels, potentially making it useful in the treatment of diabetes. In another study on diabetic mice, Chaga supplements were shown to produce a 31% decrease in blood sugar levels over three weeks.

However, the current lack of human research means it’s impossible at this time to say for sure whether chaga mushrooms will have any success treating diabetes in humans.

Similar studies have also shown that chaga increases “good” (HDL) cholesterol levels. Researchers are of the opinion that it is chaga’s high antioxidant content that accounts for its efficacy in balancing cholesterol, however, more research on humans is needed.

A study in 2018 in the Journal of Ethnopharmacology suggests that chaga may have an anti-cancer effect. Chaga is high in antioxidants, which are chemicals that help prevent cell damage caused by free radicals or oxidants. Oxidative stress occurs when the body is unable to produce enough antioxidants to prevent damage, known as oxidative stress. 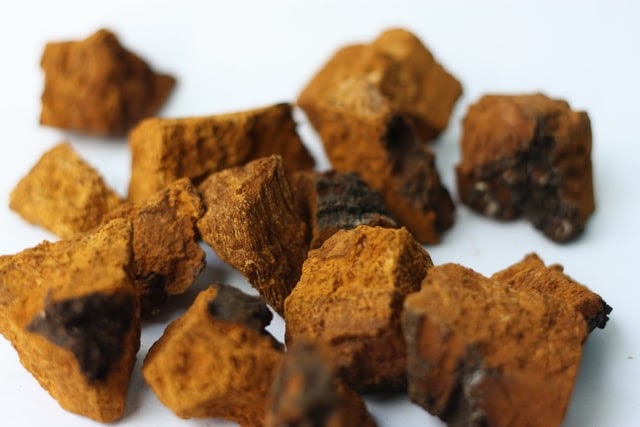 The high levels of oxalate present in chaga is known to affect the kidneys. Oxalate is known as the “anti-nutrient,” as it disrupts the body’s ability to absorb certain nutrients and can easily bind with calcium to cause kidney stones.

Since chaga mushrooms are known to affect blood glucose levels, they should be avoided by those who take insulin to manage their diabetes.

Chaga mushrooms have been used for centuries by Indigenous people in the Northern Hemisphere. They are loaded with antioxidants, can help improve immune function, may help fight cancer, can lower blood sugar levels and cholesterol levels, and may help reduce chronic inflammation. The benefits of this superfood certainly are promising.

However, human studies are still needed to determine the dosage and whether they are completely safe for human consumption..