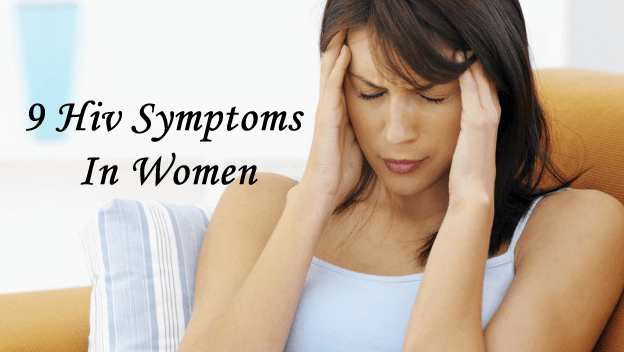 It is believed that about 43 percent of new cases of HIV infection are actually diagnosed in women. If the latest HIV infections in women go on at their present rate worldwide, it is predicted that women infected with HIV would be outnumbering men infected by HIV. As per several studies, women who are in their 30s are most vulnerable to the HIV virus. Today HIV symptoms are definitely more common in women as compared to the men. According to the statistics, 2 out of every 3 new HIV cases in women are actually caused by indulging in unprotected sexual intercourse.

If you have vaginal intercourse with an infected partner without any protection, you would run the risk of getting infected. Age-associated dryness and thinning of the vagina would also increase the chances of HIV infection in relatively older women. Women are more vulnerable to HIV infections because of their partners’ high-risk sexual life that may include indulging in unprotected sex with multiple partners or with other men. Another major cause of HIV infection is using infected needles to administer drugs.

Here are some common Hiv symptoms in women we will elaborate:

In several cases, there are no apparent symptoms when patients get infected with HIV initially. Within a couple of months since the exposure to the HIV virus, some women would be having a flu sort of illness that would include fever, tiredness, headache, and even enlarged lymph nodes. These symptoms are supposed to disappear after a week or maybe within a month.

Often HIV infection symptoms are confused with those of a different type of viral infection. In this context, you must understand that in many cases, more serious symptoms are not visible for a decade or even more. Remember that the asymptomatic period is not regarded as safe because the virus is very much active within an infected person’s body and could be easily passed on to another individual.

The HIV antibody test is usually recommended either from an oral sample or a blood sample as that would help in finding out if you are infected with the HIV virus. Doctors recommend Biosource Antibody for accurate findings. However, if you get involved in risky behavior the virus could be spreading within only three months post the antibody test. A positive test report would imply the presence of antibodies to HIV. This would further mean that you are actually infected with the HIV virus and you are capable of passing the infection to others even though you do not demonstrate any symptoms. Remember if the test report is positive, you would actually remain infected forever.

Early HIV infection symptoms are often mild and pretty much ignored. However, it is worthwhile to remember that even in the absence of any noticeable symptoms it is possible for an infected person to still pass on the HIV virus to others.

Around 90 % of HIV-infected people would be developing skin issues. Skin rash is supposed to be the most common HIV infection symptom.  HIV positive individuals usually suffer from skin issues as their skin could become highly sensitive to the sunlight and other irritants. The rash could be in the form of a flat patch slightly red with small bumps. Your skin could even become flaky. You may develop lesions and sores on the mouth, anus, and even the genitals and it could be pretty challenging to treat these problems. HIV-infected patients would have higher chances of developing shingles and herpes. Skin issues could become less intense with the use of proper medication.

The lymph nodes help in fending off infections simply by the storage of immune cells and also filtering for the detrimental substances. With the spread of your HIV infection, the immune system is triggered. The end result is swollen glands or enlarged lymph nodes. In HIV-infected individuals, swollen glands would be persisting for a number of months.

HIV makes it really difficult for your immune system to combat germs as such it becomes really easier for infection to grab the opportunity. You could be easily susceptible to infections such as tuberculosis, pneumonia, or even hepatitis C. Moreover, HIV-infected individuals would be vulnerable to infections of the eye, skin, kidneys, lungs, brain and even the digestive tract. If you are able to take extra precautions such as consuming HIV medications and washing hands frequently, it could assist in the prevention of some illnesses and the associated complications.

HIV-infected women could be experiencing low-grade fever over a long period of time. Often  sign are night sweats which could interfere with your sleep could be an added symptom along with fever.

Reproductive health could be compromised because of the HIV infection. You would experience an absence of periods or dramatic changes to your menstrual cycle. Yeast and bacterial infections could really be pretty common in HIV-infected women patients. HIV-infected women are prone to some sexually transmitted infections and even pelvic inflammatory diseases.

Advanced Symptoms of an HIV Infection

At a really advanced stage, HIV-infected women would experience nausea, bouts of diarrhea, weight loss, and even vomiting. Some other symptoms would be a severe headache, muscle aches, and joint pain. There would be a chronic cough and even shortness of breath.

You must stay away from sharing needles for cutting down the risk of HIV infection. Make it a habit of using a condom every time and use it effectively.

What Do Bed Bugs Look Like? How to Get Rid of Bed Bugs

If you can't sleep at night because of any beasts that scrawl across your beds and you have to bite them, the scenario is...
Read more
Disease

To make every parent cringe, the mere mention of' hand foot and mouth diseases' are enough. This widespread childhood disease is exceptionally infectious and can...
Read more
Disease

Best CBD Gummies for Anxiety in 2021

The COVID-19 Effect On Hair Transplants

What Is the Cost of Relocating a House in 2021?

NBA Stars Who Have Adopted a Vegan Diet