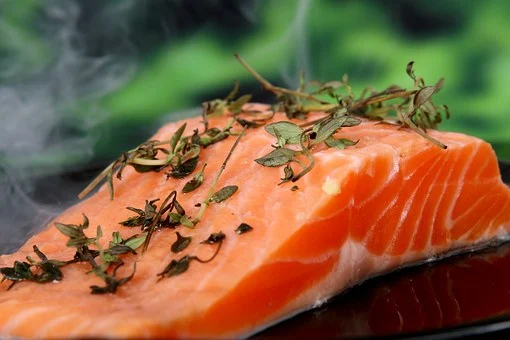 Vitamin D is an essential nutrient your body needs to make strong bones and muscles. There’s even some evidence that adequate vitamin D levels in the blood can prevent conditions like colon cancer, prostate cancer, and multiple sclerosis.

And you probably don’t get enough vitamin D as it is, both from dietary sources and sunlight. Plenty of people in the U.S. live too far north to get vitamin D from sunshine in the winter, and there aren’t very many good food sources of the nutrient, either. By combining sun exposure, dietary sources of vitamin D, and a supplement, you can make sure to get the 1,000 IUs of daily vitamin D that some experts think you need.

You don’t need to spend a ton of time in the sun to synthesize the amount of vitamin D your body needs for healthy bones and muscles. If you have light skin, you only need about five to ten minutes of sunlight on your face, arms and legs, or as many as 30 minutes if only your hands and face are exposed. If you have darker skin, you’ll need to get even more sunlight than that. In the summer, it shouldn’t be hard to get adequate sun exposure to make enough vitamin D, unless you live very far north or spend all of your time indoors.

If you live further north than the 40th parallel — so, further north than about Philadelphia — you won’t get enough sunlight in the winter to make vitamin D at all from September through March. You’re just too far away from the equator. You can compensate by trying to get as much sunlight as possible over the summer — your body will store some of it. You can use a UV lamp that makes UV-B rays to stimulate vitamin D production during the darker winter months. However, don’t sit in front of such a lamp for longer than 15 minutes — it could burn your skin just like a sunburn.

As previously mentioned, there aren’t many foods that are naturally high in vitamin D. However, some foods do contain high levels of the vitamin. Oily fish, like salmon and sardines, are a good source of vitamin D. So are egg yolks — the more time the hen spends outside in the sun before laying the egg, the higher in vitamin D it will be, so choose pasture-raised eggs. Mushrooms also contain high levels of vitamin D, and again, the amount is higher if they’re raised outdoors. Red meat can also be a good source of vitamin D. 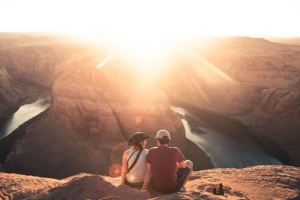 Your body can easily make use of vitamin D from supplements, so don’t be afraid to make taking a vitamin D supplement a regular part of your daily routine. The recommended daily intake of vitamin D is 600 IU a day for adults and 800 IU a day for seniors above 70. Some experts recommend taking at least 1,000 IU a day to prevent chronic illnesses like multiple sclerosis and cancer. Since your body stores vitamin D in fat cells, try not to get more than 2,000 IU a day, because if too much vitamin D builds up in your system, you could experience toxicity effects.

You can take a standalone vitamin D supplement to make sure you’re getting the required minimum dose, or you could grab a standard multivitamin if you’re already getting lots of vitamin D from sunlight and dietary sources. Even the amount of vitamin D in a multivitamin has been found to have a protective effect against multiple sclerosis for those taking it.

Vitamin D is a vital nutrient that plays an important role in protecting the body from disease and supporting bone and muscle health. While as many as 40 to 70 percent of Americans are deficient in this vital nutrient, there’s no need to keep yourself up late worrying about whether you’re one of them. Eat plenty of vitamin D-rich foods, get a little sunlight every day, and take a regular supplement, so your body can get the vitamin D it needs.

If you are looking for a career that allows you to help people while also being lucrative, then you might be thinking about going...
Read more
Health

Chronic pain is defined as pain that can last for upwards of three months. The sufferer might experience ongoing pain anywhere in the body,...
Read more
Health

How To Alleviate The Pain Of Arthritis

Arthritis can be debilitating, and the pain can hold you back from lots of daily activities. However, there are lots of remedies that you...
Read more