How My Relationship with Food has Changed Through Motherhood 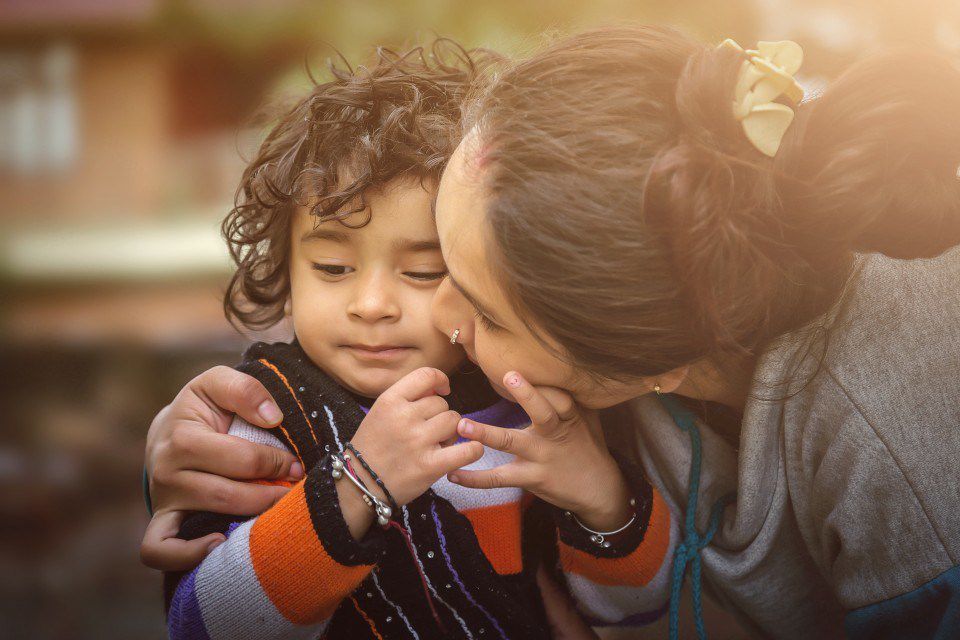 I ate all the things when I was pregnant with my daughter. As a chronic on-and-off dieter since the age of 11, I was excited to finally “need” to gain weight and not restrict myself from certain foods. (Well, except those pregnancy restricted foods. I did miss soft cheese immensely.)

I was so sick my first trimester that all I ever wanted was carbs and hamburgers. I went to In-N-Out Burger for four consecutive meals and got the same thing each time. I started to get a little worried that my baby was going to come out as a hamburger.

And as I healthily gained and gained, in the back of my mind I thought, “I will get all of this off after I have the baby.”

My baby came and the baby blues hit hard. I comforted myself daily with sips of wine and raw cookie dough. (Don’t worry, I wasn’t breastfeeding.) I probably gained more in that postpartum period than I did during my first trimester.

It wasn’t until my daughter was about a year old that I was ready to do all the work it would take to lose the weight. I worked out. I was sore all the time. I didn’t eat what I wanted to eat. I substituted zoodles for pasta and berries for ice cream. I pushed through to lose the weight and it slowly came off.

I met my goals but I never felt at peace.

I craved being pregnant again. Not because I was ready to have another baby, but because I wanted the freedom to eat how I wanted.

There had to be another way to live.

I came across a book called Intuitive Eating and ordered it out of curiosity.

Little did I know it would change my entire life.

The book, written by Evelyn Tribole and Elyse Resch, presents a new way of thinking about food. It discusses rejecting the diet mentality, honoring your hunger, making peace with food, and challenging the food police, among other things. It talks about keeping the morality out of food—not labeling foods as “good” or “bad”, exercising because it feels good to you, and listening to your body to respect your fullness.

Sure the concepts sounded great. If I wanted to get fat.

Though the premise of the book was fairly simple, it blew my mind. Did people actually live like this? I thought having a love/hate relationship with food was just a part of life. I thought being a woman meant I could never be satisfied with my body and I would always have to diet.

I thought this was the normal way to live, but intuitive eating presented a different approach.

I figured I had to give it a shot.

Let me be clear. I never had an eating disorder. I never restricted my hunger or purged. The things that I did with food were things I think a lot of people do, at least the people in my peer group: frequent dieting, avoiding entire food groups, using food as a coping mechanism, adding extra exercise to burn off high-calorie meals, feeling guilty or ashamed after eating certain foods, the list goes on and on.

All of this “normal” behavior presents great problems for us and our youth:

I didn’t want to pass on my disordered habits and body insecurities to my precious baby girl. I had to protect her from that. There was no way I could shield her from it unless I found a new way to live.

So I started following the principles of intuitive eating. At first, I ate all the foods that I had restricted for far too long. I worried about gaining weight but I was determined to see the process through. Eventually, I didn’t want to eat just because I could, and little by little, food lost its power over me.

I’m ten months in and my relationship with food has drastically changed. I don’t get a thrill from allowing myself certain foods like I used to and I also don’t get anxious if I’m in a situation where only certain foods are available. I don’t count calories or have cheat days. Now, food is food and it doesn’t have all the rules associated with it like it used to.

Have I gained weight since becoming an intuitive eater? Probably. I don’t weigh myself anymore so I can’t be sure.

What I have gained is freedom. Freedom to no longer count calories or macros. Freedom to go to the gym because I enjoy it and it feels good, and not because I have to. Freedom to order a salad or a cheeseburger when I’m out at a restaurant, depending on my mood. And freedom to be content in my body and share that with my daughter through the way I live.

So I’ll take the weight gain because it also means gaining so much more, including providing a better future for my daughter.