Home Health Just One Cup of Blueberries Improves Your Health Tremendously, According to Research
Health

Just One Cup of Blueberries Improves Your Health Tremendously, According to Research 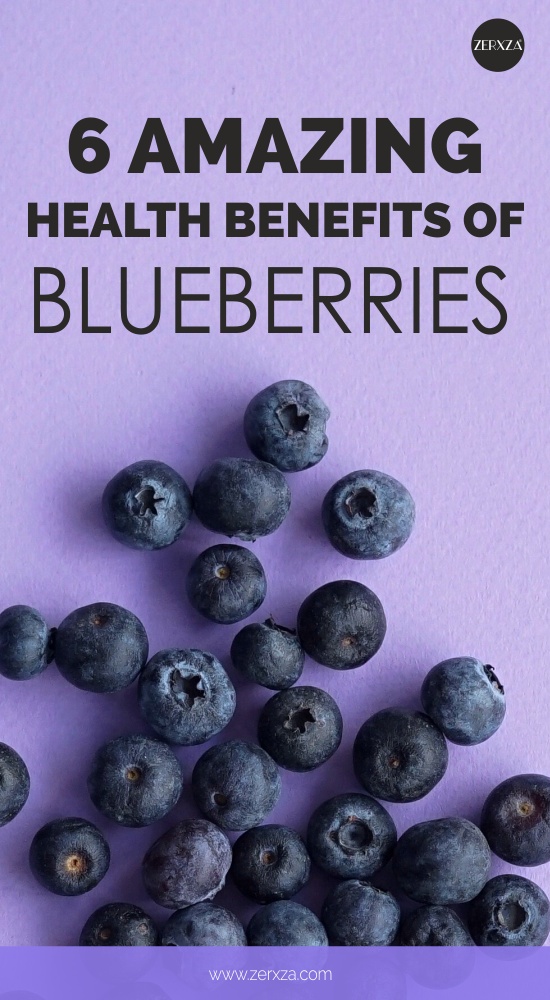 Blueberries have long been listed as superfoods though they’ve been in our minds (and pies) for way longer. As Doug Bierend wrote at Outside, “Blueberries weren’t seen by many consumers as an especially healthy fruit. They were just something you put in a pie.”

It wasn’t until the early 2000s that blueberries started making their way into our hearts due to health reasons as the Wild Blueberry Association of North America started promoting blueberries as powerful health foods.

From that time forward, blueberries started gaining a reputation as cancer risk reducers and inflammation fighters. By now most of us know that under that blue goodness lies great taste and even greater health benefits.

New research by the University of East Anglia fortifies that knowledge even more. The research team wanted to see how blueberries could affect metabolic syndrome and concluded that eating just 150 grams of blueberries daily can reduce the risk of cardiovascular disease up to 15 percent.

What’s more interesting, the research followed the effects on people who were already at greater risk, such as overweight people and people between ages 50 to 75. After a 6-month study, the team found that daily blueberry consumption results in significant improvement in vascular function and arterial stiffness.

The research also found that a smaller daily intake didn’t give such remarkable benefit which means that people who are already at risk may need to consume more blueberries than those without any current health issues.

Nevertheless, this new study proves once again how blueberries can contribute to your health.

Blueberries as a superfood: what health benefits can you get from eating blueberries?

The main power of blueberries lies in its color which is created by a compound called anthocyanin. The same compound is proven to protect your body from numerous health issues.

Besides containing powerful antioxidants, blueberries are packed with nutrition: one cup of blueberries contains about 24 percent of your daily recommended vitamin C and 14% of dietary fiber.

But what exactly can blueberries do? Here are the top health benefits you can enjoy when you’re including blueberries in your daily diet.

Blueberries are real nutrient-dense miracle workers that contain just 85 calories per cup but a load of nutrients. Besides antioxidants, blueberries contain:

These vitamins and minerals play a key role in strengthening your bones and giving them more elasticity. Vitamin K is especially important as it helps calcium absorb and therefore, ensures that you get the most out of your food for your bones.

But beyond that, even your skin can benefit from blueberries. Vitamin C, one of the most significant vitamins on blueberries, is known to support collagen’s work which, in turn, is necessary to smooth the wrinkles and improve skin’s texture.

While talking about nutrients, fiber is another special component in blueberries. As mentioned, just one cup of blueberries contains 14% of daily fiber which makes it easier to hit your daily fiber goal.

Fiber is the cornerstone of healthy digestion, acting somewhat like a train that travels through your body and takes on “hitchhikers” – all kinds of compounds that shouldn’t really stay in your body.

As fiber doesn’t pass through your system very quickly, it keeps you full for longer which can also help in weight loss. When you combine blueberries with a nice bowl of oatmeal or something else that’s rich in fiber, you’ll guarantee being a regular in the restroom.

Now coming back to the antioxidant content in blueberries, several studies have proven blueberries to be powerful for their anti-inflammatory function.

Thanks to the antioxidants, blueberries can have an anti-inflammatory effect in your body which, in turn, contributes to a lower risk of cancer, autoimmune conditions, and many other health issues.

During times when diabetes is a significant public health problem, blueberries come to the rescue and once again, thanks to fiber.

Several studies have shown a link between fiber-rich diet and lower blood glucose level which might be partially due to fiber’s longer digestion period. For that reason, the blood glucose level doesn’t spike so suddenly and your body is more stable.

As blueberries are naturally sweet-tasting, they might also help to reduce the craving for sugary treats as blueberries themselves already feel like little treats.

The latest study that linked blueberries to lower risk of cardiovascular diseases isn’t the first to come to such conclusions. The various vitamins and minerals in blueberries all have a role to play and that role, as it happens, is to support your heart’s health.

One of the reasons lies in folate which helps to prevent the buildup of homocysteine which is known to damage blood vessels.

There’s a vast amount of research all pointing to the same: daily or at least weekly blueberry consumption can reduce the risk of heart diseases significantly.

As they say, a healthy body equals a healthy mind. That’s especially true when it comes to blueberries. Antioxidants are powerful in so many ways but one of those ways is connected to your brain. As free radicals can damage your brain, antioxidants protect you from that damage and therefore, support your brain.

Various studies have linked blueberries to stronger brain health, especially when it comes to memory, cognitive abilities and motor coordination.

Blueberries are like little handymen that come to fix any damage done by free radicals that could damage you on a molecular level. The antioxidants in blueberries prevent any damage happening, thus protecting you from potential DNA damage. The list of potential health benefits could go on and on – that’s the power of blueberries. Combined with other powerful options and you’ll equip your body with the best natural protection you could possibly ever get.