Home Health Myth or fact: Do we feel hungrier and eat more in the...
Health

Myth or fact: Do we feel hungrier and eat more in the winter? 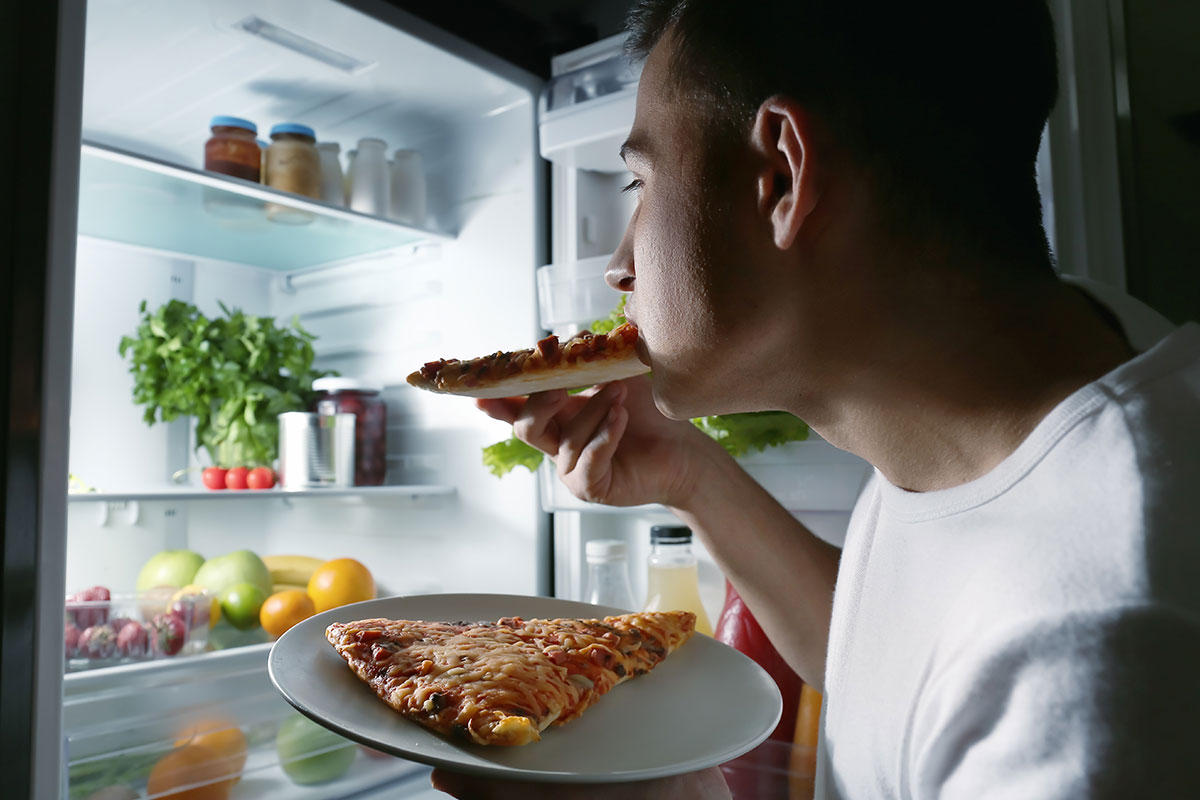 With winter comes the holiday season, and pantries stock quickly with canned soups, boxes of pasta, treats to satisfy sweet tooths … and let’s not forget the leftovers.

There’s nothing wrong with consciously indulging during the holidays, says Debbie Jeffery, RDN, LD, of Fairfax Nutrition. But what about that lingering hunger that seems to make an appearance every few hours during the wintertime?

“There’s speculation that part of it might be our caveman-type of gene, maybe that we’re storing extra energy, whereas other people speculate about daylight hours and serotonin,” says Jeffery, who has more than 20 years of experience in the field. “Serotonin boosts our mood, and carbohydrates have that same effect, so some people think that feeling can result in us craving carbs. Less exposure to sunlight [from daylight saving time] can mean we turn to those carb-heavy comfort foods too.”

Aside from the holiday season influencing self-critical behaviors, binging or other unhealthy tendencies, winter eating habits can change for a variety of reasons.

“There’s a difference between people who are hungry, and then people that just want to eat. People eat for many reasons that do not have to do with nourishing their bodies,” says Jeffery. “It might be because they’re bored, more stressed, the longer and darker days … and then they’re eating, but not necessarily from the point of hunger.”

One of Jeffery’s theories on how most people add on a few extra pounds also has to do with winter fashion.

“In the winter, we wear much heavier clothes, such as sweaters, and our bodies are covered, so we are not as keyed into it as we are in the summer,” says Jeffery. “We don’t notice those couple of pounds, and all of the sudden spring comes.”

Luckily, there is a way to avoid stress-induced, boredom-induced and, of course, cold-weather-induced eating habits: awareness.

“If you’re eating at times other than you normally would, ask yourself, ‘Am I hungry, or am I just having that need that I want to eat?’,” says Jeffery. “Focus on eating different types of food, and don’t go for the high-calorie comfort food [when you’re feeling extra hunger pains] so you can make sure to balance. If you cut out too much [comfort food], you may really want to binge, and you don’t want to get into deprivation. Just be aware, look at what you’re doing and maybe get on the scale periodically, say once a week, and adjust accordingly.”

If pangs of hunger or a few extra pounds have you considering a drastic New Year’s resolution, Jeffery says it’s better to start out with smaller lifestyle changes.

“You can’t diet, lose the weight and then go back to the way you were eating,” says Jeffery. “Have incremental steps each day, and have the resolutions be specific, such as eating two servings of vegetables a day rather than just saying, ‘I want to eat healthy.’”

Otherwise, try to keep yourself exercising and get outside in the sun for some much-needed fresh air and full-body movement. And remember, it’s OK to enjoy the winter months, even with more opportunities to snack or splurge.

“If you want ice cream, go to the ice cream shop. Don’t have it in your house,” says Jeffery. “That way, you’re not going to overindulge and you can still have it.”