NBA Stars Who Have Adopted a Vegan Diet 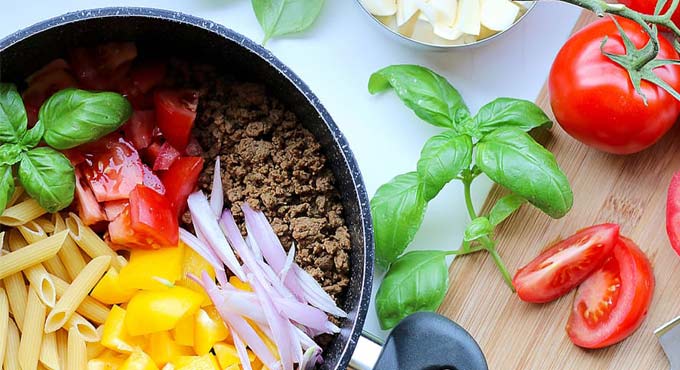 Going on a vegan diet—which entails abstaining from the use of non-human animal products—has become an increasingly popular decision over the past decade or so. This trend is especially common, believe it or not, among professional athletes.

It’s not especially shocking once you really think about it. Vegan diets are supposed to help you lose excess weight, increase the functionality of your kidneys, safeguard you against arthritis, improve heart health and just generally safeguard you against inflammation of your joints and what not.

Knowing this, why wouldn’t pro athletes at least consider a vegan diet? Maybe their love of meat and dairy runs too deep, but otherwise, there are clear benefits. Their bodies are part of their livelihood. And that livelihood is lucrative. Just look at their salaries. And their endorsements. Heck, look at the amount of money people wager on their performance at online bookies and with the best sportsbooks bonuses.

With all that money at stake, both on and off the field, court, pitch, rink and whatever, giving yourself a chance to maximize your prime and extend your career makes all the sense in the world. And while there isn’t concrete evidence to suggest those on a vegan diet play better for longer, enough high-end stars are making the shift to at least discuss it.

In particular, this is true in the NBA. Among all the major pro sports in North America, they are subject to the greatest test of endurance while also needing to remain explosive and vertical without much equipment on them. Plenty of big names have switched to a vegan diet as a result. Check the most notable of them out below.

“Kyrie Irving” by Mitchell Leff/Getty  is licensed under CC BY 3.0

Kyrie Irving was one of the first NBA stars to go vegan—or at least talk about it on record. It first became a story when he was asked about a pregame meal he was eating on camera, and he told reporters they were vegan tacos.

Irving has also long been a supporter of PETA, so this diet makes sense, but it is not just his love for animals that has dictated the shift.

Specifically, since going vegan, Irving has mentioned that he feels stronger and more mobile and maintains higher energy levels for longer periods of time. Good thing, too. If you’ve ever watched him handle the ball, you know how exhausting his play style is—on both him and his defenders.

Damian Lillard, a top-five MVP candidate this season, initially went vegan because he was looking to trim off some excess wait. That prompted him to try a diet consisting primarily of plant-based meals, which helped him lose 10 pounds.

Since then, he’s never gone back.

The Blazers superstar credits his diet for improving his joints and knees, something he’s mentioned that he holds in high esteem given that he knows Father Time comes for everyone.

Back in 2019, when Chris Paul was first traded from the Houston Rockets to the Oklahoma City Thunder, he decided to go vegan. The move made sense. He dealt with some hamstring injuries that proved costly during his two years with the Rockets and was rapidly approaching his 35th birthday.

Fast forward two years, and Paul hasn’t suffered any major injuries since making the switch and is, at age 35, still playing near an All-NBA level.

While the future Hall of Famer has said diving into a vegan diet was tough at first, the benefits really helped him buy into it. Chief among them: no longer feeling his typical bodily aches and pains over the course of a long regular season.

DeAndre Jordan didn’t go full vegan all at once. He made the transition gradually.

Not only is he an investor Beyond Meat, which produces imitation meat meals that are vegan-friendly, but he continues to wield nice muscle mass at the age of 32. His explosion has noticeably winnowed down, but he is on the back end of his career and diets cannot change everything. There is this misconception, though, that vegan diets cannot power big, strong humans.

At roughly 7’0” and 265 pounds, DeAndre Jordan is proof that’s simply not true.