Home Health Vitamin B12 Deficiency Can Be Deadly – and Here’s How to Fix...
Health 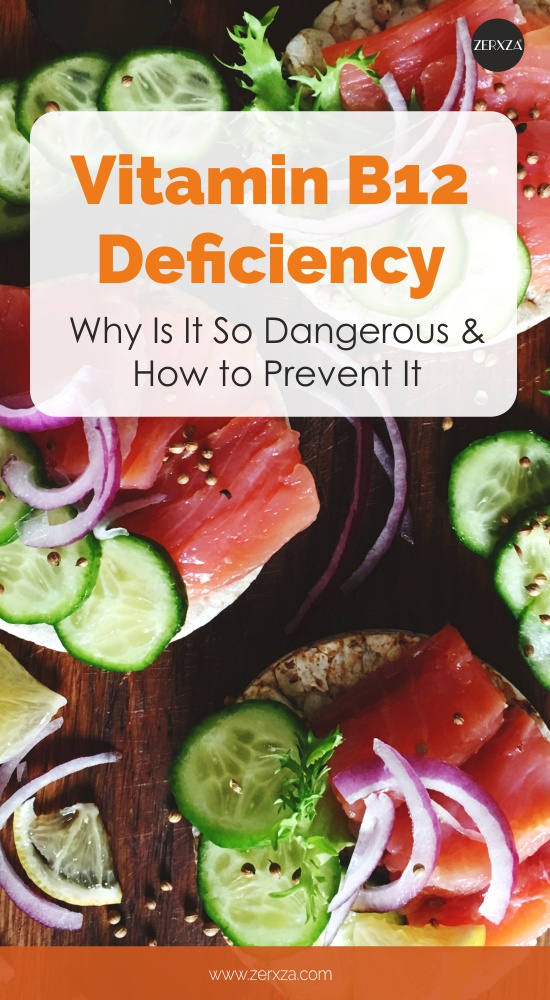 We all know that drinking milk daily is crucial for our calcium and eating veggies is essential for vitamins, but there’s one vitamin group that just keeps slipping away from our minds when we’re doing our grocery shopping: B vitamins.

While all B vitamins are necessary for our health, vitamin B12 is especially crucial but unfortunately, vitamin B12 deficiency runs like wildfire. Reportedly, a staggering 40 percent of the people in the US are deficient in B12.

Bioscientists at the Rice University have linked vitamin B12 deficiency with two deadly pathogens in a new study, proving once again how dangerous a diet that’s low in vitamin B12 can be.

As surprising as it might be, the study focused on roundworms and the effect of a diet that’s low in B12. Similarly to humans, roundworms (called C. elegans) cannot make B12 themselves, so it must be consumed with their diet. Researchers found that the B12-deficient diet reduced the worms’ ability to break down branched-chain amino acids, leading to a toxic buildup that can damage mitochondrial health.

However, this also means that the ability to fight infections decreases, making the B12-deficient diet potentially extremely dangerous.

This new study confirms something that’s long known: B12 is one of the building blocks of our health and B12 deficiency can have devastating effects. Beyond the mitochondrial health, B12 deficiency carries these dangers (especially when the deficiency isn’t treated):

These are just the tip of the iceberg of problems that can result from an untreated B12 deficiency. “The B12 deficiency epidemic is frustrating because well-educated health care providers overlook such an easily diagnosed and inexpensively treated condition,” says Sally Pacholok who has studied B12 deficiency for years. She continues, “Many people of all ages suffering from severe anxiety, depression, and a host of other psychiatric disorders are prescribed dangerous and costly psychotropic drugs, narcotics, or benzodiazepines when the underlying problem actually may be B12 deficiency.”

Are you at risk of developing B12 deficiency?

While all of this might sound terrifying, most people who follow a proper diet that includes animal products like meat and dairy, don’t really have to worry about B12.

On average, adults need 2.4 micrograms of B12 per day. A cooked 3-ounce piece of salmon gives you 2.6 micrograms, one medium egg gives 0.4 micrograms, 1 cup of nonfat yogurt gives about 1.5 micrograms. So as you see, it’s not entirely difficult to hit your daily B12 level.

However, some people have a higher risk of developing B12 deficiency. According to Linda Antinoro, a senior nutritionist at Brigham and Women’s Hospital, these are the main risk factors:

Can you ever overdo with B12? Experts say no. So far, no upper limit for B12 consumption has been found, so you don’t need to worry about overdoing with B12. Feel free to grab those animal products or fortified foods since they can only do good for you, especially if you belong in any of the risk groups.

If you already have symptoms of B12 deficiency or you belong in the risk groups, it’s essential to consult with a doctor to confirm the deficiency. From there, it’s likely you’ll need to start taking B12 supplements on a daily basis. Supplements and a diet that includes animal products or vitamin B12-fortified foods is usually all it takes to solve the issues – a mild deficiency can be easily treated this way.

The same goes for preventing the issues altogether. It’s essential to consume either animal products or fortified foods and you’ll very likely never need to think about B12 deficiency.

However, B12 isn’t a magic pill that can make all the health issues disappear. As sad as it is, an extensive B12 deficiency can cause serious issues that might be irreversible and proper diet nor supplements can change that. Therefore, it’s crucial to consult your doctor to find the best treatment plan.

As Patrick J. Skerrett, Former Executive Editor at Harvard Health points out, B12 isn’t an all-around remedy for preventing various chronic conditions, including infertility or Alzheimer’s. True, there are studies that have shown how B12 deficiency can decrease cognitive abilities but unfortunately, there are conditions that even extremely high B12 consumption cannot reverse.

MORE FROM ZERXZA:  The Timeline of Vegan Movement: Where Did It All Began

The best way to go is to include B12 sufficiently to prevent any of the aforementioned health issues arising from B12 alone. Including B12 in your daily diet is incredibly easy, cheap and tasty – so why not grab those eggs, some milk or B12-fortified cereals and keep your body happy!