Paleo Diet Might Put Your Heart at Serious Risk 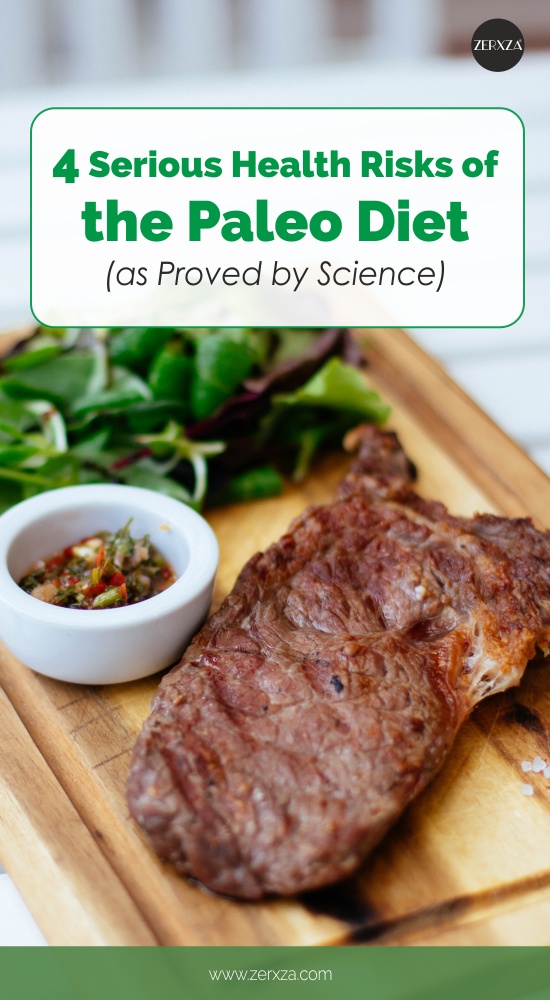 Much coveted paleo diet might not be so healthy as you thought, as it turns out from new research published in the European Journal of Nutrition. In fact, it might increase the risk of heart disease and mess up your gut health.

Paleo diet, which started gaining more popularity after 2002 when Loren Cordain published a book called The Paleo Diet, advises eating only foods that were accessible by Paleolithic humans, so essentially the diet includes meat, veggies, fruits, seeds, and other nature-provided items.

While in theory, this doesn’t sound too bad, more and more studies bring out some troubling aspects of this “caveman diet”.

The main issue: the Paleo diet cuts out some of the most essential food groups, namely grains and dairy.

Researchers from Edith Cowan University found in a recent study that those who follow the Paleo diet have highly elevated levels of TMAO, a troubling substance which is shown to significantly increase the risk of heart disease due to its artery-clogging properties.

Dr. Angela Genoni, the study’s lead researcher, said that besides TMAO, they found several other beneficial bacterial species to have much lower levels in the people who follow the Paleo diet and that could potentially cause some other chronic diseases.

The researchers believe that the lack of whole grains is the main reason behind high TMAO levels. Whole grains are known for their high fiber count which, in turn, is largely responsible for healthy gut microbiome.

Since the Paleo diet is rich in red meat, it’s no surprise that the TMAO levels are so high in the Paleo diet followers. When we eat red meat, our gut bacteria breaks down L-carnitine that’s found in the meat and creates TMAO.

As a part of the Paleo diet, people also consume more saturated fats which are known to be one of the risk factors for developing heart disease.

The Paleo diet might be related to heart rhythm disorder

The aforementioned study is not the first to find weak points to the low-carb diet such as Paleo’s.

A study which was presented in 2019 at the American College of Cardiology’s 68th Annual Scientific Session found that cutting grains and starchy vegetables from your diet (as you would while following the Paleo diet) might significantly increase the risk of developing a common heart rhythm disorder called AFib (atrial fibrillation).

AFib can also lead to heart failure or stroke.

While the actual reason for this connection is unclear, one possible problem might lie in the tendency to cut essential food groups that are usually known for their inflammatory properties. Whatever the reason, it’s clear that no one wants to develop heart disorders.

One fascinating 2015 study explored how did humans develop such a large brain and, well, became smart. The study figured that carbohydrates, especially starch, kickstarted the brain’s evolution, in relation to fire being used for cooking.

Carbohydrates are often shunned but they play one of the most crucial parts in our body. 60% of the brain’s energy comes from blood glucose which is created largely from carbohydrates. On a low-carbohydrate diet, it’s nearly impossible to hit the necessary glucose levels that your brain would actually need. One can only imagine the repercussions of following such a diet for a long period.

One of the reasons why people tend to follow the Paleo diet is weight loss. However, following the Paleo diet might actually backfire and make you rapidly gain weight which, not so surprisingly, comes with a myriad of health complications.

This theory was proven in 2016 by the University of Melbourne in a study that warned people of the Paleo diet’s possible serious downsides.

The study found that not only might the Paleo diet increase weight in only eight weeks, it might also increase blood sugar and insulin, creating a risk of diabetes. All of this mainly due to the high fat consumption that occurs in those who follow the Paleo diet.

The Paleo diet is still lacking sufficient research and evidence that would conclusively prove whether or not it’s a healthy choice or not. However, the main problems so far seem to be the lack of grains, lack of calcium (due to dairy being excluded), high meat consumption (and thus too much TMAO created in the gut) and the priciness of the diet regimen.

In a way, the Paleo diet does have a good point – refined sugars and highly processed foods have no place in our life as they didn’t have a place in our ancestor’s food table. However, it’s never wise to cut away whole food groups. Restricting carbs and cutting away grains and dairy can be extremely dangerous – it’s a choice that shouldn’t be taken too lightly. If you wish to follow the Paleo diet, make sure to consult your doctor first.